“Don't you wish it could happen? Your mind wiped clean like a hard drive? Start again without memories?”

Anuradha Roy is an award-winning Indian novelist, journalist and editor. She has written three novels, which have been widely translated in Europe and Asia, including into Dutch, Spanish, Arabic, French, and Italian. Anuradha Roy's first novel, An Atlas of Impossible Longing, has been translated into fifteen languages across the world. It was named by World Literature Today as one of the "60 Essential English Language Works of Modern Indian Literature". Her second novel, The Folded Earth, won the Economist Crossword Prize and is widely translated. Sleeping on Jupiter, her third novel, won the DSC Prize for South Asian Literature and was nominated for the Man Booker Prize. Her essays and reviews have appeared in newspapers in India, the US and Britain.

Inspiration behind the book

Roy’s inspiration in writing her second novel “The Folded Earth” came from a photograph of Lake Roopkund where 500 skeletons were discovered in 1942, and it is from this disquieting picture that she has created a deeply unsettling but beautiful novel.

Maya is a daughter of a rich owner of pickle factory and she fell in love with a man named Michael. Their relationship was hindered by their families because of their different religions, Maya is a Hindu while Michael is a Christian. However, the couple defied their families and chose to be with each other.

Their marriage life started so well and happy. But Michael's work and passion for mountain trekking test their relationship. On the other hand, Maya tried to understand everything but she didn't able to keep quiet when Michael's next mountaineering expedition is on Himalayas, a very dangerous track for trekking. She tried to make Michael's mind change but she failed. And Michael still continued the trekking leaving a promise to Maya that he will come back safe. But Michael's promise was not made because he died on the expedition. And Maya was left broken and alone.

In a remote town in the Himalaya, Maya tries to put behind her a time of great sorrow. By day she teaches in a school and at night she types up drafts of a magnum opus by her landlord, a relic of princely India known to all as Diwan Sahib. Her bond with this eccentric, and her friendship with a peasant girl, Charu, give her the sense that she might be able to forge a new existence away from the devastation of her past. As Maya finds out, no place is remote enough or small enough. The world she has come to love, where people are connected with nature, is endangered by the town's new administration. The impending elections are hijacked by powerful outsiders who divide people and threaten the future of her school. Charu begins to behave strangely, and soon Maya understands that a new boy in the neighbourhood may be responsible. 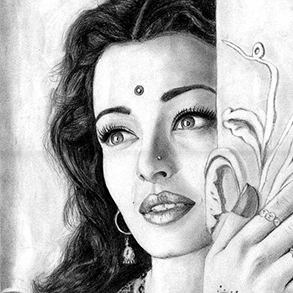 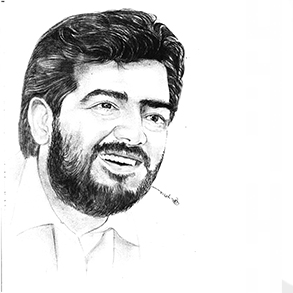 1. What did you feel after reading the excerpt?

I was silenced and shocked after reading the last part because it didn't turn out the way I thought it would be. The turning point if the events is unexpected especially the last parts.

2. Did you predict the last paragraph? Why or why not?

No, because at most parts they were just having some conversations which turned out to be devastation in the end. They were having a deep heartfelt moment then suddenly after the words "lights off" there came the last part which is Michael's death. It seems ironic but somehow the switch of events the sudden turning point works.

3. What do you think is this part of the novel trying to tell us about death?

Death comes unexpectedly. It ceases our existence. Death is a curse that no mortal can control.

4. How would you describe the relationship between Michael and Maya?

Michael and Maya are unexpected lovers who ended up falling in love with each other. They both have the opposite interests and passion but amidst of that Maya still supports her partner and realizes the relevance of Michael's ambitions and capabilities in the end.

5. How do you think Maya will move on after Michael’s death?

Maya would have been stricken by his death and I think that it will be hard for her to move on, she would have remembered their conversations and miss their differences.

6. Why was it important to mention that they had defied their parents in order to get married? What does it say about their relationship?

Their relationship is not ideal for their families because of their differences in terms of their professions their dreams their passion their goals in life but that is what made their love strong.

7. How does the setting affect the story?

The setting of the story happened to be in the lowlands quite away from the mountains, it is where Maya is happily living which causes Michael's dissatisfaction and craving for adventure and fulfilment.

8. Would you say you have the sea or the mountains inside you? Discuss.

I have the mountains. Because I don't always settle for less I always want to find more to be more. I want to keep on climbing until I find my satisfaction and fulfilment.

9. Why do people long to be somewhere else?

People long to be somewhere else because they want to find themselves. Sometimes what the mind wants is different from the heart so people who follow their hearts go and find some places else to live with while those who follow their minds tend to follow the places that others want for them.

10. Why couldn’t Maya stop Michael from climbing, even when she was afraid? What does this say about the nature of love?

Maya can't stop Michael from climbing because love is certainly unpredictable love is never perfect because love starts with two different people with imperfect lives. Love is about respecting your better half's decisions and wants in order to fill in your love for each other, love is filling in but not completely changing the life of someone therefore love is unpredictable because of the differences between each person which are touchable but not completely changeable which makes love imperfect.

The story can be based on a real life setting and is applicable to anyone's life. In our world, people are meant to love and exist for love, people also look for commitment towards their fulfillment but certainly relationships are always imperfect. Even true love can never make two people exactly alike. People have different passions, goals and aspirations others tend to stay within their comfort zones while others crave for adventure and new discoveries. Though it is not impossible for a stable and fulfilled person to love a unpredictable and undecided one but it can be tough. Difficulties can always be surpassed through respect. Love and commitment does not last because each and everyone of us is intervened with death, our existence will be brought to an end all of us will die without knowing when or how that's why we have to be ready because life and love is are of uncertainties. When people love, they embrace and respect each other's imperfections, Love is about accepting differences and accepting the truth that one day you can loose another.

2. Related Literature/stories that may be the same with the novel that you read.

Romeo and Juliet by William Shakespeare

Ed Lake, February 18, 2011. The Folded Earth by Anuradha Roy. Retrieved from the The National website: https://www.thenational.ae/arts-culture/books/the-folded-earth-by-anuradha-roy-1.597039